The Sheaffer NoNonsense line has been around since the 1980’s and has been a mainstay of budget conscious students everywhere.

I snapped up my own NoNonsense eons ago. Absolutely fell in love with its austere design and superb performance, but I should note that the nib on my particular example is exemplary and may not be reflective of your own experiences. Nonetheless, this is a caveat that is applicable to 90% of pens from that time period.

I own a crap-ton of pens from the 70’s and 80’s and they run the gamut in terms of performance. I have a 70’s Montblanc 149 (will be reviewed one of these days) with a lovely soft/almost flexible nib and an ebonite feed that crushes any modern Montblanc as a writing tool, but it’s possible that that my particular Montblanc 149 is a straight up monster whilst its sister on the assembly line came with a loose piston and misaligned tines.

Definitely a weird time in pen history and something to bare in mind.

My particular version features a super luscious italic nib and was sold under the “Calligraphy” line. Should be noted that Sheaffer made a whole contingent of NoNonsense variants with old sorts of names and it could prove a veritable rabbit hole of collectible mania should you chose to tread this path.

Insofar as aesthetics are concerned, I have to admit I rather like it. The steel trim and clip is somewhat polished, but not chromed, which makes it look more dignified (in my opinion). Other than the trim and distinctive ball-ended clip, we have the standard garb of inexpensive injection moulded plastic.

It’s substantial enough that I don’t think it feels cheap and unsubstantial. Unlike low cost options, it’s just light and a smidgen subdued. I don’t actually have an issue with plastic as long as it’s done properly (with sturdiness in mind) as is the case with this pen. 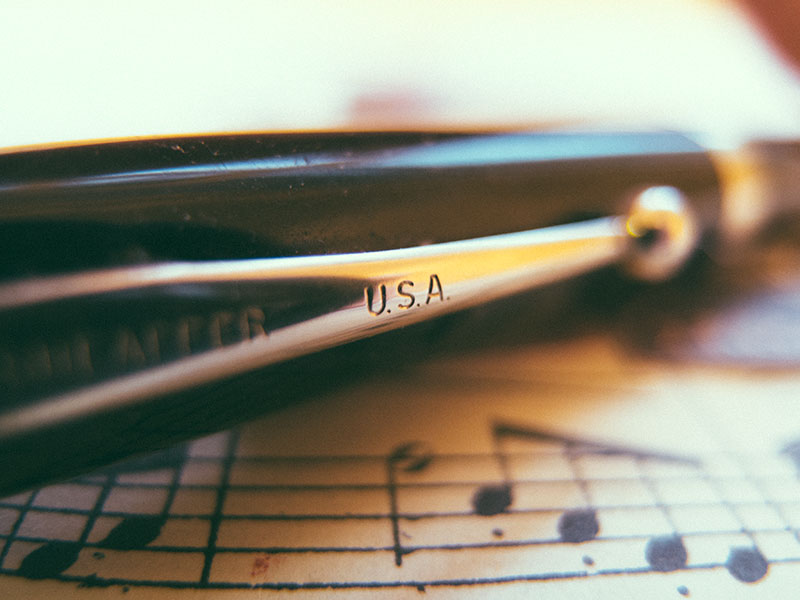 Outside of its visual boorishness, the NoNonsense feels rather nice to the touch, much firmer than the recently reviewed Platinum Desk Pen. Nonetheless, at the end of the day, plastic is plastic people.

I do also like the concave indents on both the top cap and the rear of the body. It’s almost brutish in design and gives the pen a nice quirk, but ultimately, it’s a workhorse fountain pen – not a flashy signature pen. As far as I am concerned, so long as the cost of entry is low and the body holds up under wear and tear – I have no issues with that.

If a pen is aesthetically uninspiring yet fragile, it’s failing on two counts, which is how my pretty vs tough algorithm usually determines value. 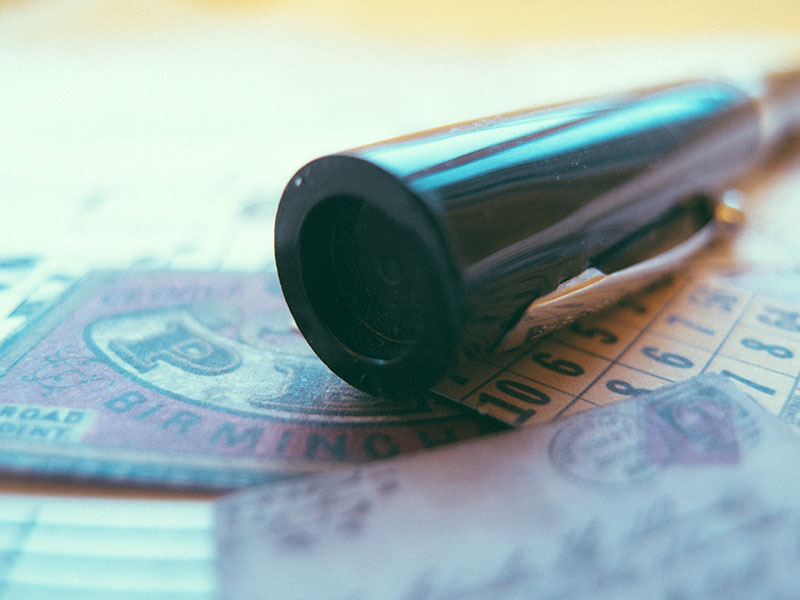 From what I remember, the NoNonsense Calligraphy came with 3 different nibs in a set. Over many years, I seem to have misplaced the other 2, which as far as I can remember were a medium italic and a broad italic.

So as you can guess, I only have the fine italic, which frankly is more than wide enough for me with around a 1 mm width downstroke.

Steel nib, no flex and (in my particular example) it simply glides over paper. Probably the smoothest italic I have ever wielded. 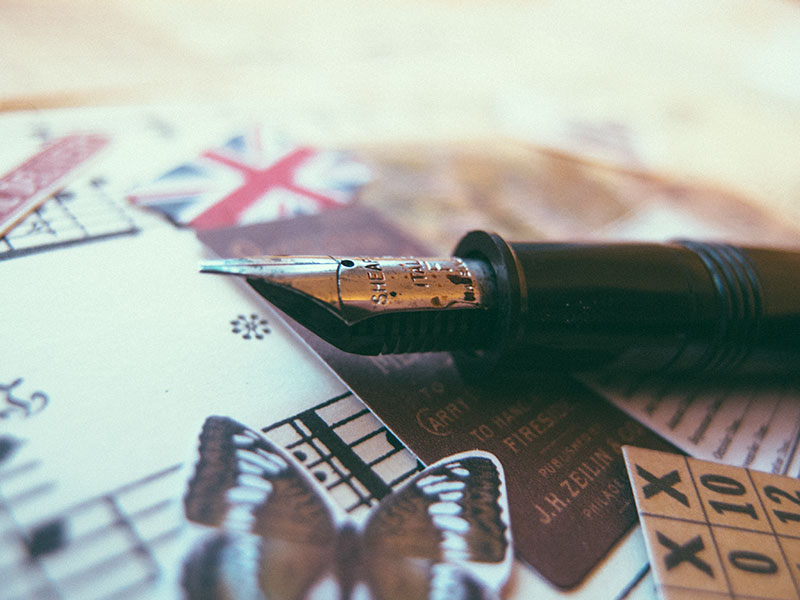 When I do writing samples, I whip out the pen and just write as I normally would. I find priming it and carefully scribbling out a phrase, making sure the feed keeps up, etc. is borderline dishonest. I own plenty of pens that if you take your time will lay down a smooth, consistent line, but if you write normally they will skip all day long.

So this nib is one of my favourites, although for optimal use, it does need a few seconds to flow optimally. I will say that I converted it to an eyedropper (which is trivial to do – just lube up the threads) as it really does guzzle ink.

Practically speaking, I am torn because it is a “true italic,” but the smoothness and general feedback is more like a stub. That said, the line variation is very crisp, much like a classic italic.

Let’s just say that it’s a bizarrely smooth italic that needs a few seconds to get going after first unscrewing it. Once it does get going though, this is an ink monster. It can hold 5ml easily when used as an eyedropper and it still begs for more. 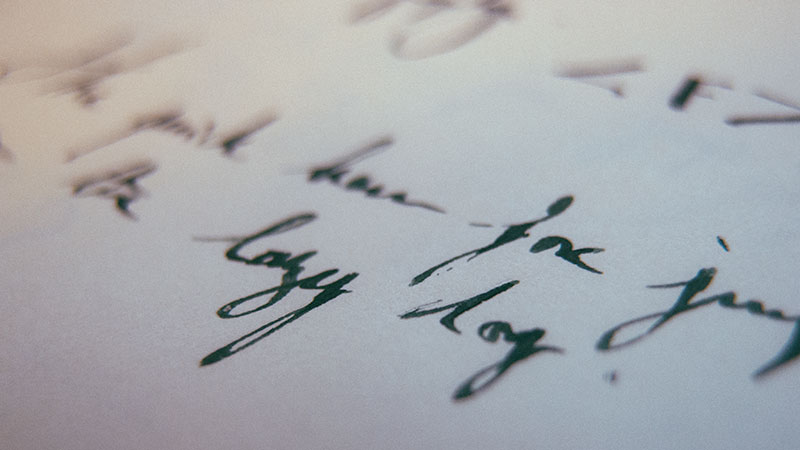 Scribbling performance is wet and luscious. I literally couldn’t find anything to criticise even though I am generally a pretty critical individual. I do find its purpose in life to be more of a signature/doodling pen as the line width and the sheer wetness of the nib doesn’t lend itself to note taking, but then again I know people who rock BB nibs and seem to think they’re perfectly suitable for everyday use. Your mileage may vary.

I feel I should add a caveat and mention that these are my experiences only. I have a few friends who own this pen and had the same experience, yet others think the nib is too sharp and catches on paper.

Mayhaps consistency is an issue with certain batches. 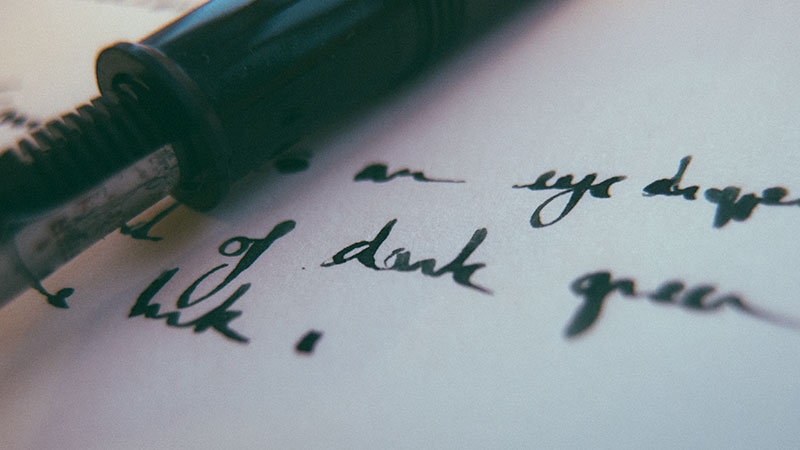 I feel like mass produced pens from the 70’s and 80’s hang in a weird time in automation history. Clearly, this pen was cranked out at record numbers, but unlike modern mass produced pens like the Platinum Preppy, they don’t all perform to the same level. Whilst the pen’s DNA may be the same – the fit and finish may vary batch to batch, especially as it pertains to nibs. 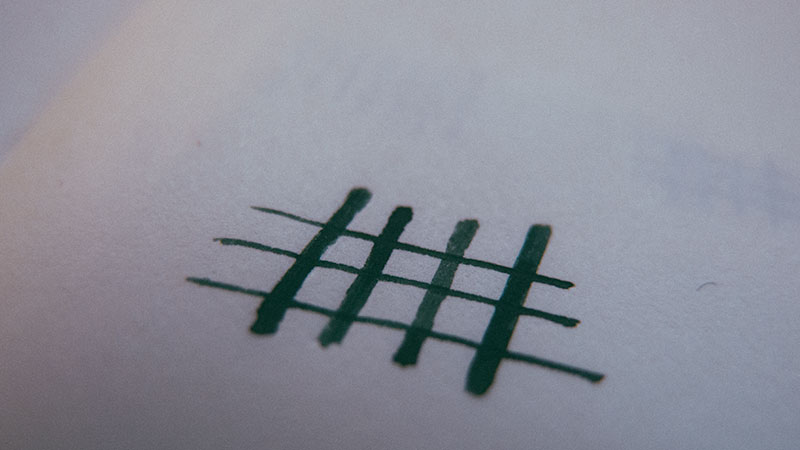 I always advocate a certain degree of skepticism in fountain pen reviews due to inherent biases and the general consensus that reviewers who handle a pen for a few days prior to writing the review will still be in the honeymoon phase and likely to overlook core issues.

I think we should look at pens in a vacuum to a certain point. You can buy it for around $20 second hand on eBay. It’s ridiculously sturdy, unlike the shit-tier garbage from Nemosine, and the nib is almost perversely satisfying. That said, it’s still expensive compared to a random Jinhao, and whilst this is “vintage” and made in the USA, I do find myself flummoxed as to where this pen fits in the “bang for buck” line up.

The reality is that if Sheaffer made this pen today, they couldn’t produce it in the States and sell it for that price – it’s just not economically feasible. The nib is both unique & high performance compared to the steady avalanche of Bock units being shoved down our throats.

Honestly, it’s hard not to recommend it despite being acutely aware of my own bias. I shall embrace it, because frankly, there is nothing else in the market that is so easily available with such an interesting nib. Search for long enough and you could probably snap one up for under $5 at a thrift store or yard sale, and at that price, it would be criminal to overlook.