When you consider something in the Leuchtturm1917 lineup, like their A6 Notebook, it’s super easy to point a finger at the company and say they are just Moleskine copycats with superior paper for inky fiends, but frankly, seeing as Moleskine didn’t invent the Moleskine notebook – I don’t think the fact that they’re a great deal alike is a particularly negative statement.

Sure, it’s impossible to review this notebook and not see the similarities with the industry standard, but I think it’s fair to say that Leuchtturm exists in its own right despite (and let’s be honest here) being a glorified copycat.

Honestly, if it wasn’t for the German scribbles on top of the pages and the Leuchtturm stamp on the back, it would actually be quite difficult to tell this A6 notepad apart from Moleskine’s small notebook – and that’s not a bad thing. In fact, I think its fair to say that Moleskine got to where they are today because they created a product that resonates with people, and as best as I can tell, the only issue anyone has had with Moleskine is the paper quality.

Which is where Leuchtturm comes into play. It’s essentially identical for all intents and purposes as a pocket Moleskine, but the paper quality is infinitely better. Not because it’s especially resistant to fountain pen scribbles, but because unlike Moleskine, it’s actually consistent. My biggest frustration with Moleskine is that the consistency of the paper appears non-existent. Sometimes I get a handful of pages that suffer ink and then magically it bleeds and feathers everywhere.

As someone who exclusively writes with fountain pens outside of my much beloved Uni-Ball Signo 0.28mm ball points, it’s just not acceptable.

But enough of Moleskine; let’s talk about Leuchtturm instead and dig into this notepad. 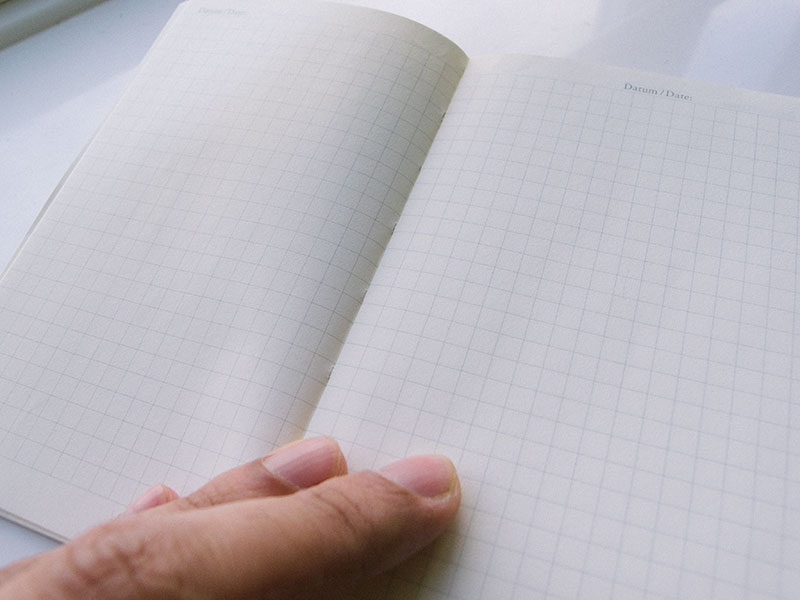 The usual generic features like the sleeve on the back is expected, but welcome. Pretty much identical to Moleskine once again (this is going to be a theme), and frankly if you are familiar with Moleskine notebooks (I presume if you are reading this then you are), you can simply skip along, glance at the pictures and make your decision based on the paper quality. Because honestly, that’s the only real core difference besides a few quirks. 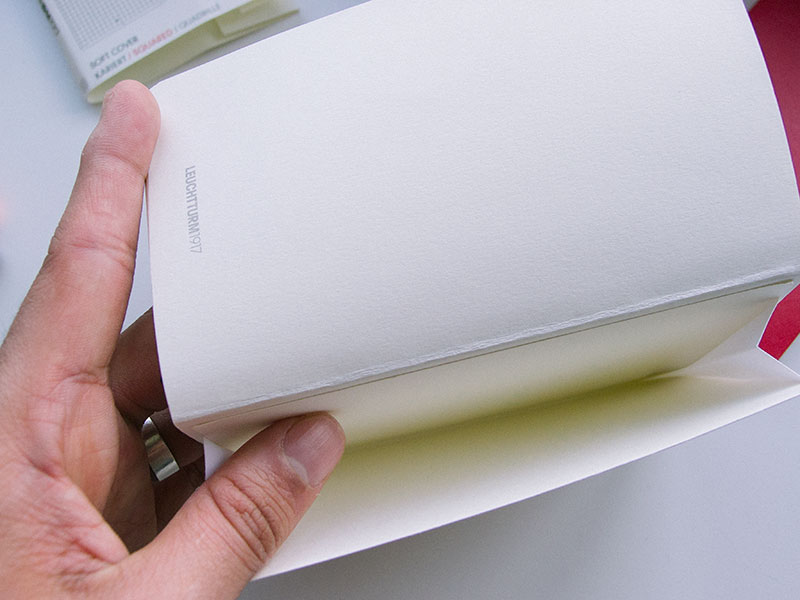 One of the quirks that I like are the 2 (differently coloured) ribbons you get to mark your page. Personally, I use the elastic band thingy to demarcate the last page I used, but options are always a good thing. I personally wouldn’t use the extra bookmarks, but for those of you with complex notes or organisation systems – I can imagine it’d be pretty damn useful. 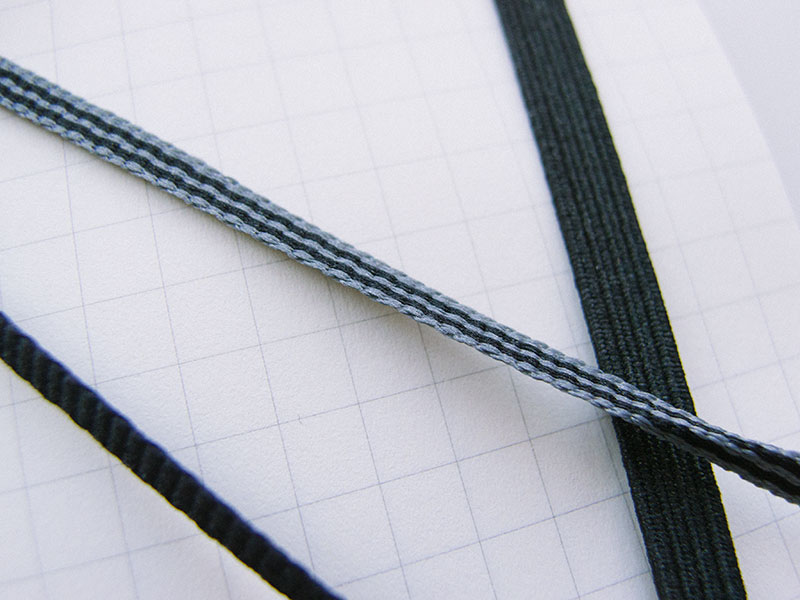 The last 7 sheets of the notepad are perforated. I would have liked every sheet to be perforated, but some is better than none. I like the option to scribble something down without the pressure of it being in my notebook permanently. Grocery lists come to mind. 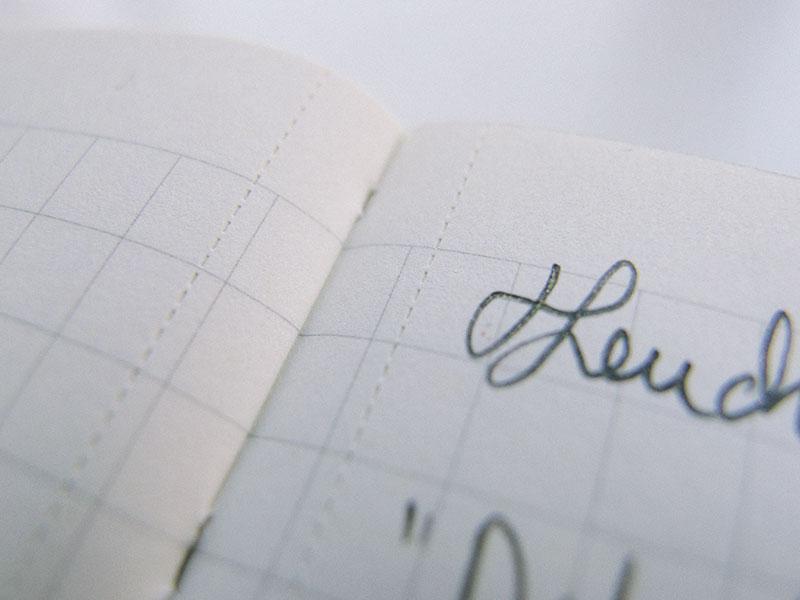 And finally we have the content index on the first page of the notebook. This is pretty awesome as every page is numbered so if you use your notebooks for multiple purposes, it’s a pretty great feature to have built-in.

I think that wraps up all the differences between this notebook and the Moleskine equivalent. 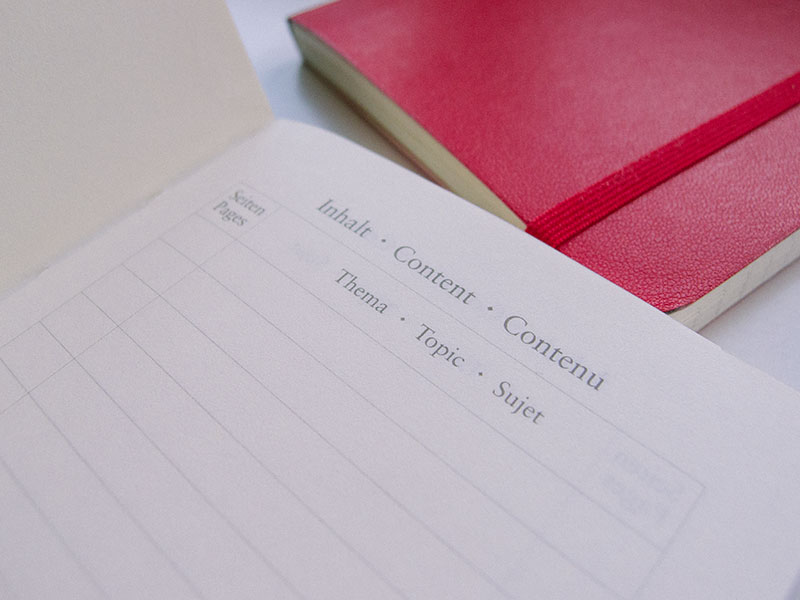 But you don’t care about that. What you want to know is how the paper stands up to ink.

This notebook is proudly marketed as “Ink-Proof,” which is interesting. I will strike the “Ink-Proof” descriptor to an overzealous German translating error as “Ink-Proof” paper sounds awful. Presumably they meant to say that it doesn’t bleedthrough, nor does it feather, which is a bold claim and frankly silly to make. All paper bleed through if you dump enough ink – I know they know that but I assume they thought, “Mostly resistant to most inks out of most fountain pens” wasn’t as advertiser friendly.

Nonetheless, let’s clear things up. Whilst yes, this would be considered fountain pen friendly paper, it mostly certainly is not immune to all the ravages a miscreant like me can do to paper. As you will see shortly.

At the end of the day folks, it’s just decent 80 g/sqm paper. Not amazing, just decent. 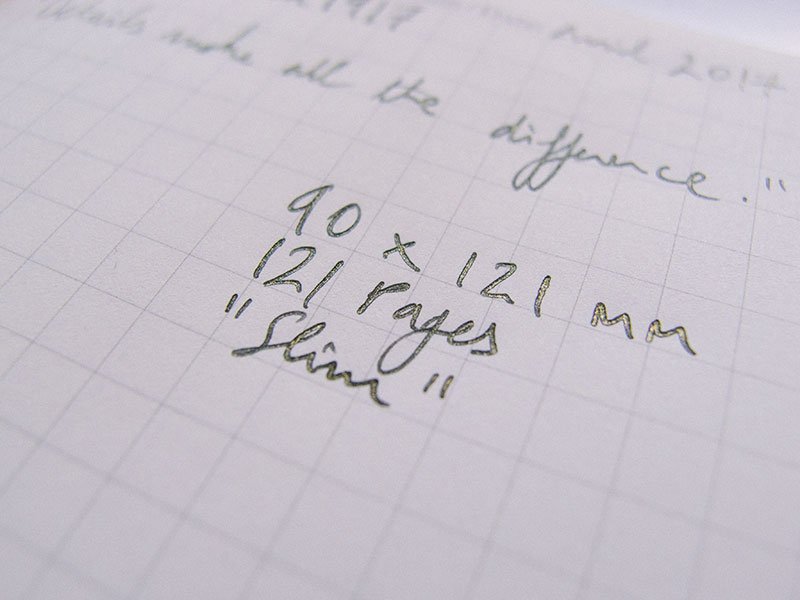 The paper is perfectly pleasant to write with: not as smooth as Clairefontaine Vellum, nor does it handle ink like the excellent Tomoe River stuff, but it’s honestly perfectly viable for daily fountain pen use. More on the textured side than the hyper smooth French or Japanese equivalents. I would say it’s better than most of the crap that’s commercially available, but not quite into inky aficionado territory.

The bleedthrough was very limited. I wouldn’t want to scribble with a sharpie, but then again it handled it more or less just fine with only ghosting and perhaps a touch of bleedthrough. No biggie. 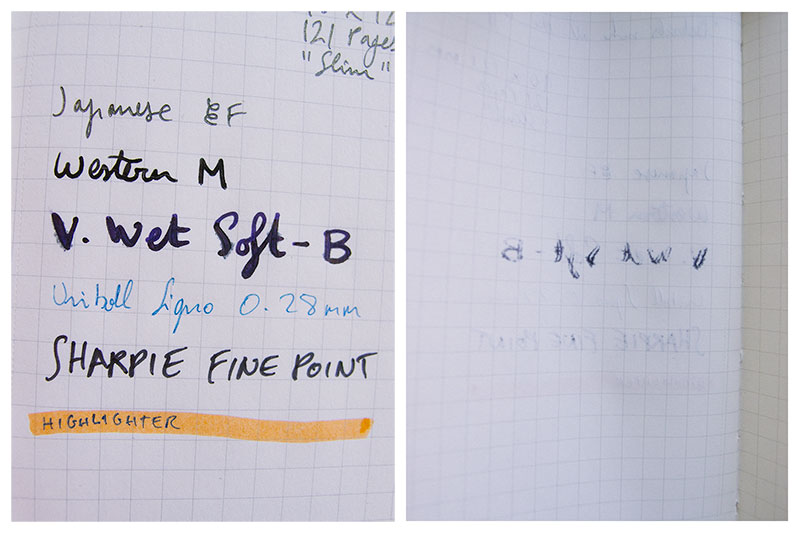 Most certainly not ink-proof. I used a very wet nib (the Noodlers Neponset) and it did not play nice. Extreme feathering after 20 seconds or so and immense bleedthrough. To be honest, I expected that, but I just wanted to dispel the illusion that the marketing promoted. 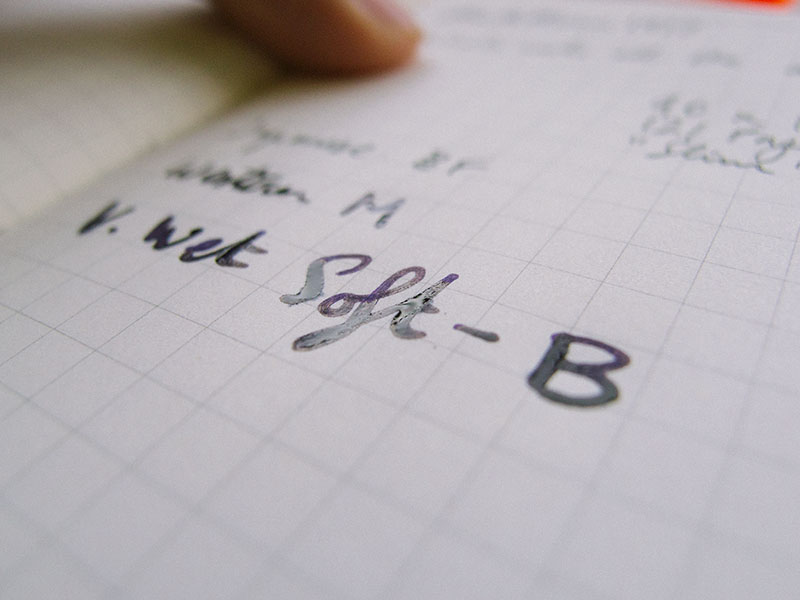 Construction is tight, definitely a touch rougher in nature than Moleskine, which has both more flexibility and cleaner edges. The beveling on the corners, for example, is perfectly rounded off on the Moleskine, but angular-ish on the Leuchtturm. Nothing worth whining about, as the superior paper makes up for these tiny differences.

Reviewing Leuchtturm1917 A6 was a tad difficult for me. It’s a Moleskine with (significantly) superior paper and in my opinion a slightly better layout (numbered pages etc.). Other than that its identical. So if you like fountain pens and Moleskines, then this is your new standard. Nothing more to be said.