Alright folks, sorry about the delay. I know I said I would wrap up this up pronto, but my amateurish attempt at an experiment took longer than I expected.

I simply own too many fountain pens and thus, I was distracted and forgot about the whole damn thing. My bad. And I am lazy. Also my bad.

To catch you up, the general gist of this was to see if the glittery stuff would actually damage your pen- as per the disclaimer on the ink bottle.

Original Review of the ink here, and the first update here.

And now finally we have come to the end. Did it mess up my feed? If you don’t want to read the rest, then the short answer is no – it’s totally safe so go forth and leave glitter on your correspondence.

I should mention that I didn’t use the pen until the last drop because, as can happen with eyedroppers, it started hiccuping all over the place.

Whilst the puddles of ink were very pretty, I decided to wrap it up and cut the experiment short. For future reference, don’t test using and eyedropper and an EF nib – it will take forever to get to a conclusion.

Lesson learned. Next time I’ll use a double broad nib fed from an international short. 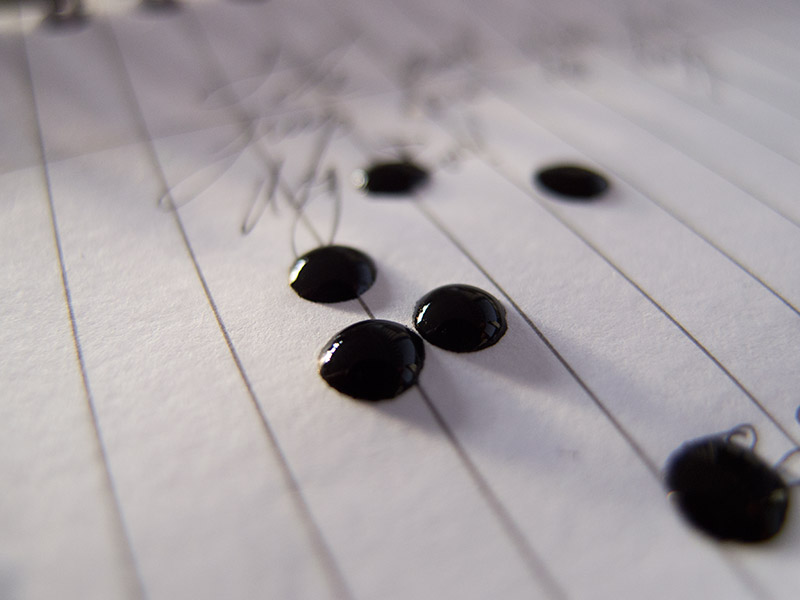 The first thing I looked at was the nib. As you would expect – it was fine. My previous assumption was that the only risk was to the feed. Lots of nooks and crannies for lil’ bits of gold to get stuck in, but I had no doubt that the nib would be fine, even after months of saturation. 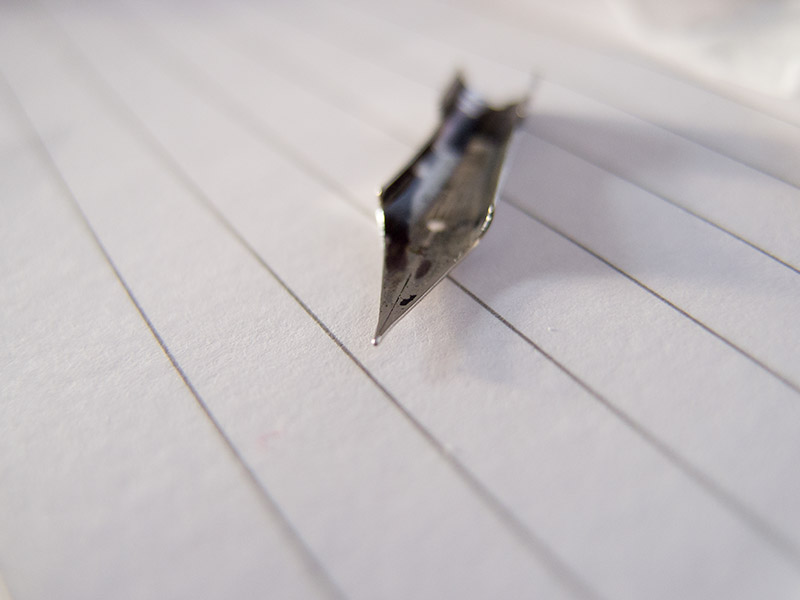 This is the feed prior rinsing it. J. Herbin must have some alchemists working for them because somehow the ink just drags the gold flakes away with nary a murmur of resistance. If I was a betting man, I would say that they added extra lubrication in their ink, which would make sense. 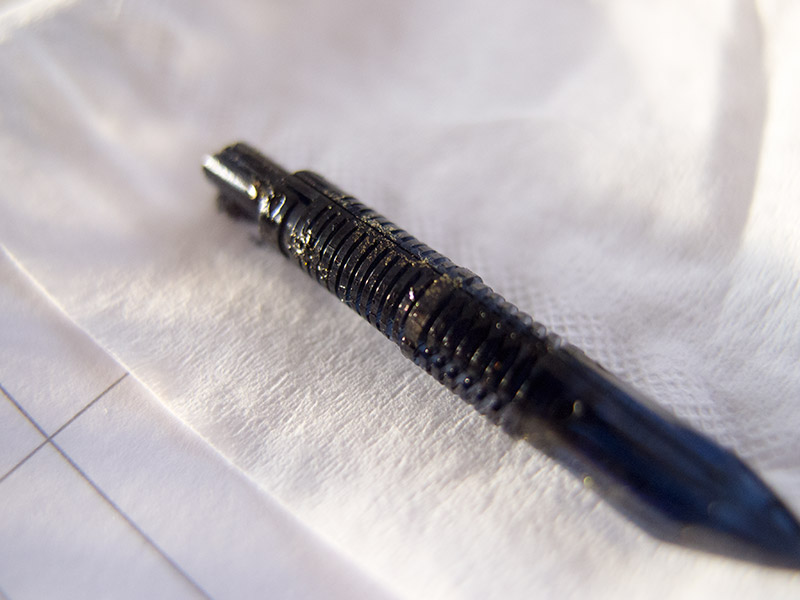 Interestingly enough, at no point did the ink cease being saturated with gold flakes- from start to finish it kept cranking out the glitter.

As you can see below, a giant blob of shiny got stuck in that lip of the section- even after vigorous flushing it remained. That’s the only trace of the ink. 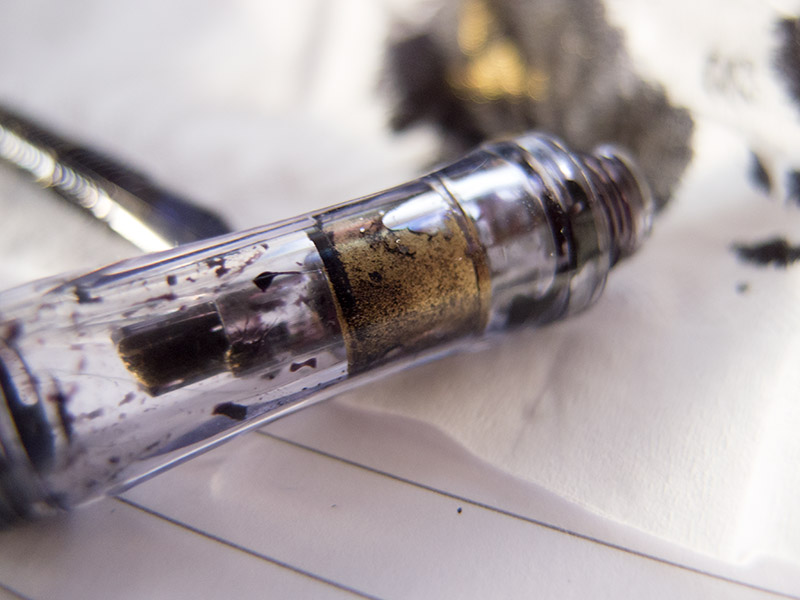 Clean as a whistle with minimal rinsing, only section is that weird lip/cranny as previously mentioned. No idea how to get to it and frankly I don’t care to, as I think it looks pretty dope. 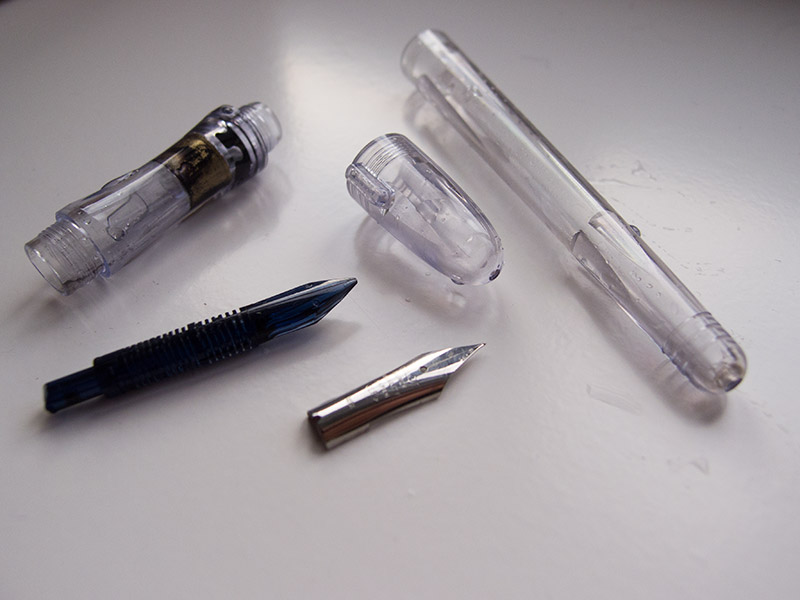 As I expected from my prior findings, I reckon it’s safe to say that this ink is 99.9999% kosher for fountain pens and their fiddly feeds. It flows just too damn well for feeds to be gunked up and/or damaged. Consequently, I have to assume that the warning label was an inside joke or a ploy by J. Herbin for us to keep flushing away valuable ink so as to “protect our pens” as a result of overzealous maintenance. 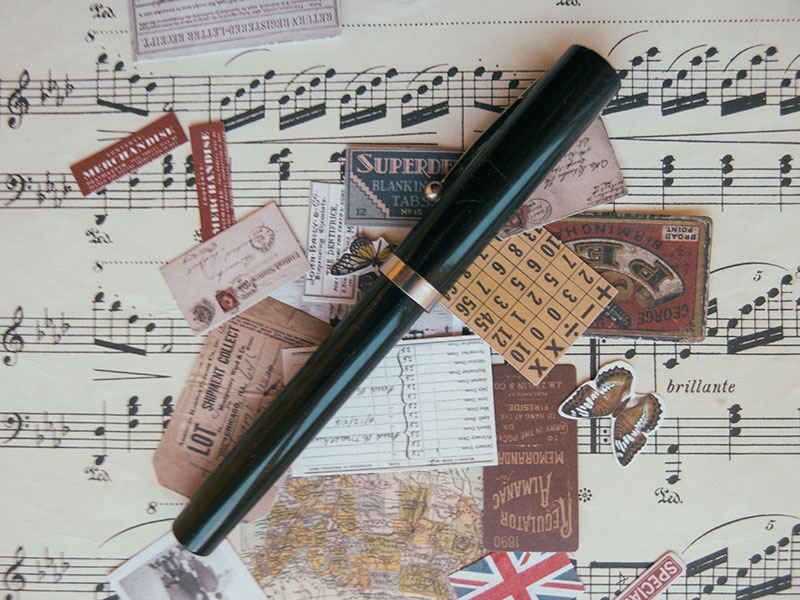